If Liverpool are to progress to the Champions League final for the second successive year they will have to get past Barcelona and star forward Lionel Messi.

The No.10 has been in superb form in the Champions League this season and scored twice as Barca beat Manchester United 4-0 on aggregate in the quarter-finals. Against Premier League opposition Messi has 24 goals in 32 Champions League games. 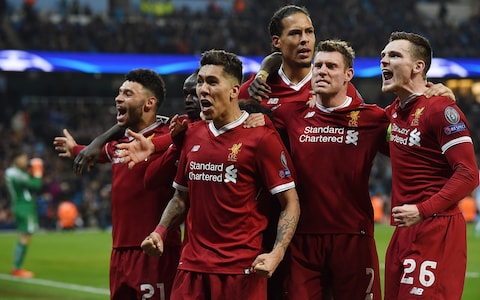 It’s not just Messi who Liverpool will have to keep a close eye on in the two legs, but also former Anfield stars Luis Suarez and Philippe Coutinho.

It’s not just Messi who Liverpool will have to keep a close eye on in the two legs, but also former Anfield stars Luis Suarez and Philippe Coutinho.

Brazilian Coutinho has not had the best of starts to his Barca career since joining from Liverpool in January 2018. But he scored against United in the 3-0 win at the Camp Nou in what has been described as his best performance for the Catalans. He may start from the bench against Jurgen Klopp’s side.

The BBC’s Spanish football expert Andy West writes: “With that goal, it looked as if Coutinho was finally starting to feel comfortable alongside Lionel Messi and Luis Suarez in the Barca forward line, suggesting he could yet convert his talent into meaningful end product on a consistent basis.”

Suarez and Coutinho have spoken this week about facing their old club. Uruguay striker Suarez says that winning the Champions League is Barcelona’s main objective.

He told the Barcelona website: “It’s been years since we last played in a Champions League semi-final, and we are very keen to achieve our objective. “You can’t get distracted for a second in the Champions League, because you pay dearly for it. The atmosphere at the Camp Nou will make clear that the fans want this trophy.”

On his former team, Suarez added: “Liverpool can bring the ball out from the back. They have very good players in the midfield who can get the ball to the forwards. They maybe have a similar shape to us. I don’t think that there will be too much of a difference in style, but we are both strong sides.”

The Spaniards will be without Rafinha but otherwise Ernesto Valverde has a full squad to choose from. The Barca head coach rested a number of players as they wrapped up the La Liga title at the weekend.

Roberto Firmino missed last week’s 5-0 win against Huddersfield but the Brazilian forward returned to training on Tuesday and could start at the Camp Nou. Sky Sports reports that midfielder Fabinho was also in training.

Adam Lallana remains a doubt but Alex Oxlade-Chamberlain is back available from his serious knee injury.

How the teams could line up at the Camp Nou, according to the London Evening Standard: