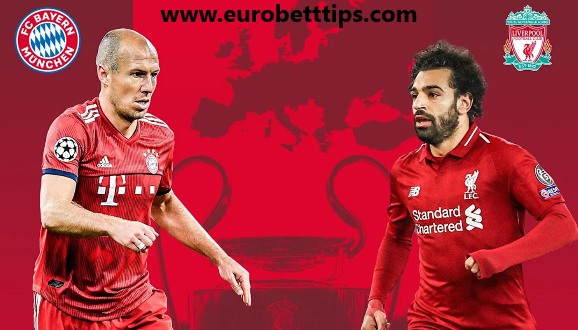 Jurgen Klopp returns to Germany to take on his former foe as Liverpool travel to Bayern Munich for the second leg of the Champions League last-16 tie on Wednesday.

Bayern snatched several of Klopp’s Borussia Dortmund players during his time in Germany, and also broke Dortmund hearts in the 2013 Champions League final, even if Klopp managed to top Bayern to win back-to-back Bundesliga titles in 2010/11 and 2011/12.

Klopp’s latest clash with Bayern is a tough one, with Liverpool having been held to a 0-0 draw in the first leg at Anfield, but by shutting out Bayern, they know an away goal means Bayern would then have to score twice to progress to the last eight.

However, Liverpool’s record away from home in Europe is far from impressive this season, having lost all three of their group stage away games, including to Red Star Belgrade. In fact, Liverpool’s only goal in their three away Champions League games this season was a James Milner penalty against Paris Saint-Germain.