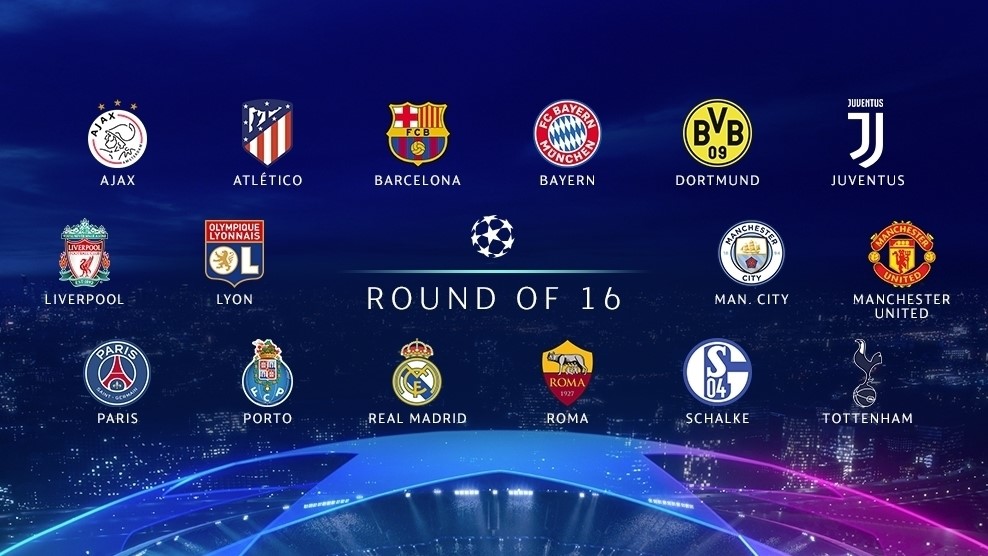 Manchester – One of Europe’s traditional financial powerhouses Manchester Unitedmeet the nouveau riche Paris Saint-Germain as the Champions League last 16 gets underway on Tuesday with both sides hoping to finally reap some reward on the biggest stage from record levels of investment.

Despite splashing hundreds of millions on new players since taking over in 2011, PSG’s Qatari owners have not been able to buy success in the competition they crave the most with four successive quarter-final exits between 2013 and 2016 the furthest they have progressed.

Barcelona and Real Madrid have ended the French champions’ dreams at this stage in each of the past two seasons.

Once again in the last 16 PSG must face one of the few clubs in the world that can boast greater revenue than they can thanks to United’s commercial power and the riches of the Premier League’s TV contracts.

But, unlike the two Spanish giants who have used their financial muscle to win seven of the last 10 Champions League titles between them, United have made even less of an impression on the competition than PSG since making three finals in four years between 2008 and 2011.

Both clubs can be accused of being too star struck in their transfer policy, more focused on big names that reign in lucrative commercial deals than striking the right balance on the field to compete with the best when the margins become fine in the knockout stages of the Champions League.

Hitting form and finding fortune at the right time of the season is also key as PSG have found to their cost in the case of the world’s most expensive player Neymar.

The Brazilian will miss both legs of the tie against United due to a metatarsal injury in his right foot, the same problem that forced him to miss the second leg of PSG’s defeat to Madrid last year.

Should Thomas Tuchel’s men not make it past a United rejuvenated under caretaker boss Ole Gunnar Solskjaer, Neymar, the man signed to lead PSG to Champions League glory, will have played one knockout game in two years since move from Barcelona.

Uniting Neymar in a stellar forward line alongside Kylian Mbappe and Edinson Cavani has also left PSG short-handed in other areas due to financial fair play restrictions, particularly in central midfield.

United have made similar mistakes in the six years since Alex Ferguson retired and only now under a former pupil of the Scot in Solskjaer are recovering some of the principles that once made them a dominant force in Europe.

“That is what we have to strive for. If we don’t dream and we don’t have that vision of where we are going, then we will just falter,” said Solskjaer.

“So for us, or me, I am only used to this club challenging for trophies so that is where I see us.”

Angel di Maria’s return to Old Trafford as a PSG player is a reminder of his one underwhelming season for United after joining for a then British record £60 million.

Romelu Lukaku and Alexis Sanchez have failed to make a sustained impact despite big-money moves and have fallen behind a homegrown talent in Marcus Rashford in Solskjaer’s pecking order.

And even Paul Pogba has only begun to deliver on his 89 million fee in the two months since Solskjaer took charge after a long-running feud with previous boss Jose Mourinho.

However, United and PSG are not alone in funding the arms race to Champions League glory.

Juventus spent €112 million euros on a 33-year-old Cristiano Ronaldo in July to take them one step further after reaching the final in 2015 and 2017, when Ronaldo scored twice in a 4-1 win for Madrid.

Ronaldo returns to the Spanish capital in the last 16, but at Atletico Madrid, who have also stretched their financial resources in the transfer market and increased wages to keep hold of Antoine Griezmann in the hope of winning the competition for the first time in their own stadium come June’s final.

Liverpool became Real Madrid’s latest victims in the last season’s final and face their own blockbuster tie against Bayern Munich.

Real and Barca will be confident of making the last eight for the ninth and 12th consecutive year respectively against Ajax and Lyon.

But it is Premier League champions Manchester City who are the competition favourites thanks to a favourable draw against Schalke as they seek to finally turn domestic success into a first Champions League title.