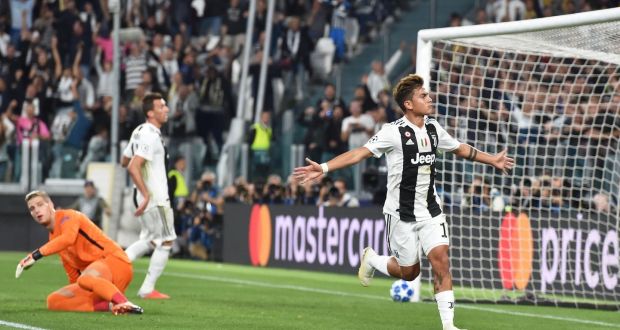 “I’ve had the chance to play alongside Lionel Messi [with Argentina] and now I’m playing with Cristiano Ronaldo; there aren’t many of us who’ve had that opportunity. It’s a positive thing because you can always learn from the best.

“[Cristiano Ronaldo is] a laid-back and normal guy, like the rest of us. Despite all he’s achieved throughout his career, he’s always been very gracious in the dressing room. That helps to make you feel comfortable when you’re in the presence of such a player. I compare him to Leo Messi, because everyone else does, and I think that they’re two exceptional players; as I said, you learn a great deal from players and people like them, both on and off the field.”

“We already know all about their playing style, how Diego Simeone sets his sides up and just how tough it’ll be. To reach the final and win this competition, you have to beat whoever is in front of you and you’re never going to have any easy games.

“Atlético are very strong defensively and are very good on the counter. If you’re not alert defensively, they’ve got players who can wreak real havoc. The same goes for us; we know where our strengths lie and they’ll likely be working hard to try and make sure we don’t do them any damage.

“In all of the years that I’ve been at Juventus, the team has shown its potential and it’s there for all to see. The year before I joined, Juventus had already contested the final against Barcelona. In my second year here, we reached the final and last season we lost against Real Madrid [in the quarters].

“There’s no point looking back on things, we have to look to the future. We’ve got a great squad with some top professionals, who have gained a lot of experience over the course of these years. We’re clearly contenders, but we have to go out there and prove it.”

“I have learnt a great deal from him, particularly in terms of the way we work, how to be a model professional and being fully focused during training so that you know what to expect during games. The coach has helped me an awful lot.

“Right from the first day that I arrived here, although I’ve played in a number of positions, he’s always given me the freedom to go out, perform and play where I wanted to. I think that trust is very important and it’s a really good feeling when a player feels they’re part of what such a big club is trying to achieve.”

On reaching the final again after defeat in 2017…

“Given what happened, we have a score to settle. When you lose games like that, you always want another chance to put it right. Football is a sport that always offers you the chance to make amends and I think we’ll have that opportunity.

“It’s obviously not easy to get that far and the team really wants to, which can ultimately go against you, but we’re in a relaxed frame of mind and always try to convey to people and those within the club that we’re doing well and want to try and reach the final.

“But we have to take things slowly, particularly considering the strong desire within the squad. Things can turn sour and you can end up being on the receiving end of a real setback and that sometimes proves to be even more painful. We have to take things step by step. We know that it’ll be far from easy, but as a team we’re really up for it.”