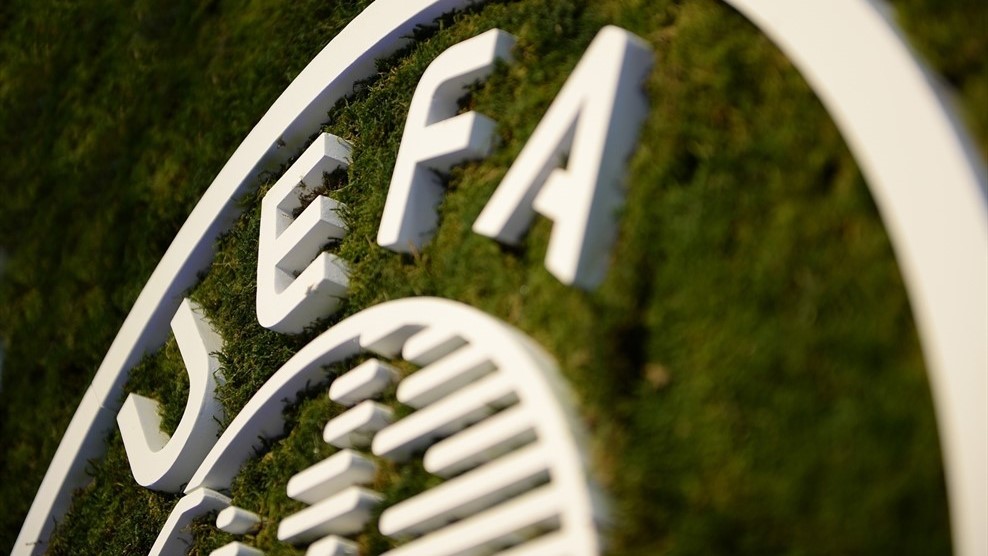 Following today’s video conference meeting with the general secretaries of all 55 UEFA member associations and recommendations made by the working groups created on 17 March, the UEFA Executive Committee took a series of decisions.

The Executive Committee reiterated its full commitment to club licensing and Financial Fair Play and agreed that the current exceptional circumstances necessitate some specific interventions to facilitate the work of member associations and clubs.

It supports the proposal to give member associations more time to complete the club licensing process, until the admission process for next season’s UEFA club competitions has been redefined.

As a result of the increasing uncertainty generated by the ongoing extraordinary events, the Executive Committee also decided to suspend the club licensing provisions that relate to the preparation and assessment of clubs’ future financial information. This decision applies exclusively for participation in the 2020/21 UEFA club competitions.

UEFA has invited the general secretaries of its 55 members associations to a videoconference on Wednesday 1 April at midday to share an update on the progress made by the two working groups that were created two weeks ago and to discuss options identified with regards to the potential rescheduling of matches.

The meeting will look at developments across all UEFA national team and club competitions, as well as discussing progress at FIFA and European level on matters such as player contracts and the transfer system.

As a result of the COVID-19 crisis in Europe, UEFA has today formally taken the decision to postpone the following matches, originally scheduled for May 2020:

No decision has yet been made on rearranged dates. The working group, established last week as a result of the conference call among the stakeholders of European football, which was chaired by UEFA President, Aleksander Čeferin, will analyse the options available. The group has already begun its examination of the calendar. Announcements will be made in due course.

In light of developments due to the spread of COVID-19 in Europe and the related travelling restrictions imposed by governments, a number of futsal tournaments and upcoming events have been postponed until further notice.

All seven UEFA Futsal EURO 2022 qualifying round play-off ties have been postponed to a later date comprised tentatively between June and mid-December. The qualifying group stage draw (scheduled for 14 May) is postponed to 7 July.

Information regarding the postponement of the 2019/20 UEFA Futsal Champions League finals was published earlier this week.

Further information about the rescheduling of these competitions/matches will be given in due course.

17 March: Resolution of the European football family on a coordinated response to the impact of the COVID-19 on competitions

UEFA, the European Club Association, European Leagues and FIFPRO Europe sign a resolution on how European football should react to the challenges created by the COVID-19 pandemic.

1. UEFA convened today an urgent meeting via videoconference with representatives of the European Club Association (“ECA”), European Leagues (“EL”) and FIFPRO Europe (altogether referred to as “the Parties”) to reflect, as a group, on the unique set of circumstances European football is facing as a result of the ongoing global health crisis created by the COVID-19 pandemic and discuss sensible solutions for the European football family to cope with this unsettling, challenging and unprecedented situation.

2. As representatives of the major professional football organisations at European level, the Parties consider it is their duty to take a responsible lead in developing a united European approach in response to the global pandemic which has led to the suspension of the vast majority of competitions on the continent.

3. With this in mind, and while reiterating their fundamental commitment to protecting the health, safety, and well-being of players, clubs, supporters, officials, staff and the broader football community, the Parties discussed and unanimously agreed on the principles of a contingency plan regarding the 2019-20 sporting season.

4. These principles include the following:

5. The Parties are convinced that this contingency plan is the best course of action at this moment in time. It takes into consideration the advice of international health experts as well as the restrictive orders issued by national governments and local authorities. It also allows for flexibility, as events warrant, with the hope of resuming play in front of football fans everywhere across the European territory as soon as it is appropriate and prudent, so that the current sporting season can be completed.

6. The Parties will continue to closely monitor the situation on a daily basis and, in the meantime, encourage the broader football community to take all reasonable precautions.

7. Finally, the Parties wish to stress that their thoughts are with all individuals and communities that have been impacted by the COVID-19.

The resolution, signed by the relevant parties can be viewed here.

UEFA today announced the postponement of its flagship national team competition, UEFA EURO 2020, due to be played in June and July this year. The health of all those involved in the game is the priority, as well as to avoid placing any unnecessary pressure on national public services involved in staging matches. The move will help all domestic competitions, currently on hold due to the COVID-19 emergency, to be completed.

All UEFA competitions and matches (including friendlies) for clubs and national teams for both men and women have been put on hold until further notice. The UEFA EURO 2020 Play-off matches and international friendlies, scheduled for the end of March, will now be played in the international window at the start of June, subject to a review of the situation.

A working group has been set up with the participation of leagues and club representatives to examine calendar solutions that would allow for the completion of the current season and any other consequence of the decisions made today.

The decisions, taken by UEFA’s Executive Committee, followed videoconference meetings held today with the Presidents and General Secretaries of the 55 national associations, as well as representatives of the European Club Association, European Leagues and FIFPro Europe, convened by UEFA President Aleksander Čeferin, to find a coherent plan to break the logjam of fixtures building up due to the spread of the virus across the continent.

“We are at the helm of a sport that vast numbers of people live and breathe that has been laid low by this invisible and fast-moving opponent. It is at times like these, that the football community needs to show responsibility, unity, solidarity and altruism.

“The health of fans, staff and players has to be our number one priority and in that spirit, UEFA tabled a range of options so that competitions can finish this season safely and I am proud of the response of my colleagues across European football. There was a real spirit of co-operation, with everyone recognising that they had to sacrifice something in order to achieve the best result.

“It was important that, as the governing body of European football, UEFA led the process and made the biggest sacrifice. Moving EURO 2020 comes at a huge cost for UEFA but we will do our best to ensure that the vital funding for grassroots, women’s football and the development of the game in our 55 countries is not affected. Purpose over profit has been our guiding principle in taking this decision for the good of European football as a whole.

“Football is an uplifting and powerful force in society. The thought of celebrating a pan-European festival of football in empty stadia, with deserted fan zones while the continent sits at home in isolation, is a joyless one and one we could not accept to celebrate the 60th anniversary of the competition.

“I would like to thank the European Club Association, the European Leagues and FIFPro Europe for their great work today and for their cooperation. I would also like to thank from the bottom of my heart the 55 national associations, their Presidents and General Secretaries, and my colleagues from the Executive Committee for their support and wise decisions. The fine detail will be worked out in the coming weeks but the basic principles have been agreed and that is a major step forward. We have all shown that we are responsible leaders. We have demonstrated solidarity and unity. Purpose over profit. We’ve achieved this today.

“I would also like to thank Alejandro Dominguez and CONMEBOL, who have agreed to move CONMEBOL’s 2020 Copa America in order to follow the recommendations issued by the international public health organisations to enact extreme measures and as a result of EURO 2020 being postponed. This means that clubs and leagues in Europe will have as little disruption as possible in the availability of their players. These joint efforts and especially this coordinated and responsible decision, are deeply appreciated by the whole European football community.

“I would like to thank FIFA and its President, Gianni Infantino, who has indicated it will do whatever is required to make this new calendar work. In the face of this crisis, football has shown its best side with openness, solidarity and tolerance.”

UEFA EURO 2020 was scheduled to take place in twelve cities across Europe from 12 June to 12 July 2020. The proposed new dates are 11 June – 11 July 2021. UEFA would like to reassure existing ticket buyers and hospitality clients that if they cannot attend the tournament in 2021, the face value of their tickets and packages will be refunded in full. Within the next month, further information on the refund process will be communicated to existing ticket buyers via e-mail and on euro2020.com/tickets.

Decisions on dates for other UEFA competitions, whether club or national team for men or women, will be taken and announced in due course.

In light of developments due to the spread of COVID-19 in Europe and related decisions made by different governments, all UEFA club competitions matches scheduled for the following week are postponed.

Further decisions on when these matches take place will be communicated in due course.

As a consequence of the postponements, the UEFA Champions League and UEFA Europa League quarter-final draws scheduled for 20 March have also been postponed.

UEFA has invited representatives of its 55 member associations, together with the boards of the European Club Association and the European Leagues and a representative of FIFPro, to a video conference meeting on Tuesday 17 March to discuss European football’s response to the outbreak.

In light of the ongoing developments in the spread of COVID-19 across Europe and the changing analysis of the World Health Organisation, UEFA has invited representatives of its 55 member associations, together with the boards of the European Club Association and the European Leagues and a representative of FIFPro, to attend meetings by video conference on Tuesday 17 March to discuss European football’s response to the outbreak.

Discussions will include all domestic and European competitions, including UEFA EURO 2020.

Further communication will be made following those meetings.

In light of developments due to the spread of COVID-19 in Europe and the related travelling restrictions imposed by governments, all elite round mini-tournaments of the U17 and women’s U17, U19 and women’s U19 European Championships, due to take place between 14 March and 14 April, are postponed.

This is a general precautionary measure, taken to avoid the possibility of players – many of whom would be minors – being stranded away from their families in the event of host governments declaring lockdowns or quarantines.

Further information about the rescheduling of these competitions will be given in due course, after a thorough assessment of options.