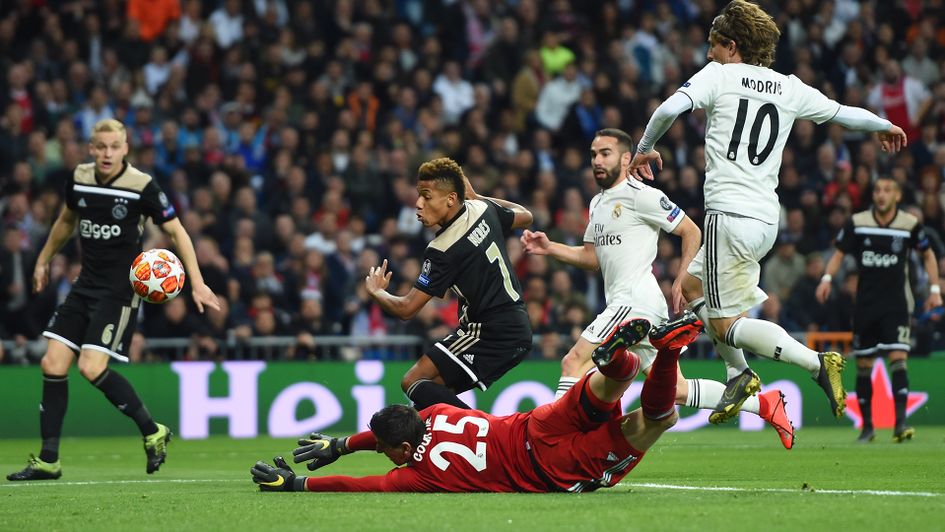 Real Madrid KO, The European King Falls Down At Home

Holders Real Madrid crashed out of the Champions League as Ajax produced a stunning 4-1 victory in the Santiago Bernabeu to reach the quarter-finals.

Los Blancos, with captain Sergio Ramos suspended after deliberately collecting a yellow card in the first leg, had been looking to build on a slender 2-1 lead from that game in Amsterdam and stay on course for a potential fourth straight European triumph.

However, after Raphael Varane’s header rattled the crossbar, Ajax raced into an early lead through Hakim Ziyech before Dusan Tadic set up David Neres for a second in the 18th minute.

Real Madrid were forced into two changes when Lucas Vazquez and Vinicius Junior went off injured, with substitute Gareth Bale hitting the post just before half-time.

Ajax looked to have put the tie to bed when Tadic swept in a brilliant third goal just after the hour – which was eventually given following an extensive Video Assistant Referee review to check if the ball had gone out of play in the build-up.

Substitute Marco Asensio briefly gave Real hope when he put the ball in off the post with 20 minutes left.

Lasse Schone, though, capped a brilliant night for Erik Ten Hag’s side when he curled in an angled free-kick over Thibaut Courtois on 72 minutes.

The defeat was a fourth successive home loss for Los Blancos following on from being beaten by arch-rivals Barcelona in LaLiga on Saturday – and will see pressure mount on manager Santiago Solari.

Ajax, meanwhile, go on to reach the Champions League quarter-finals for the first time since 2003