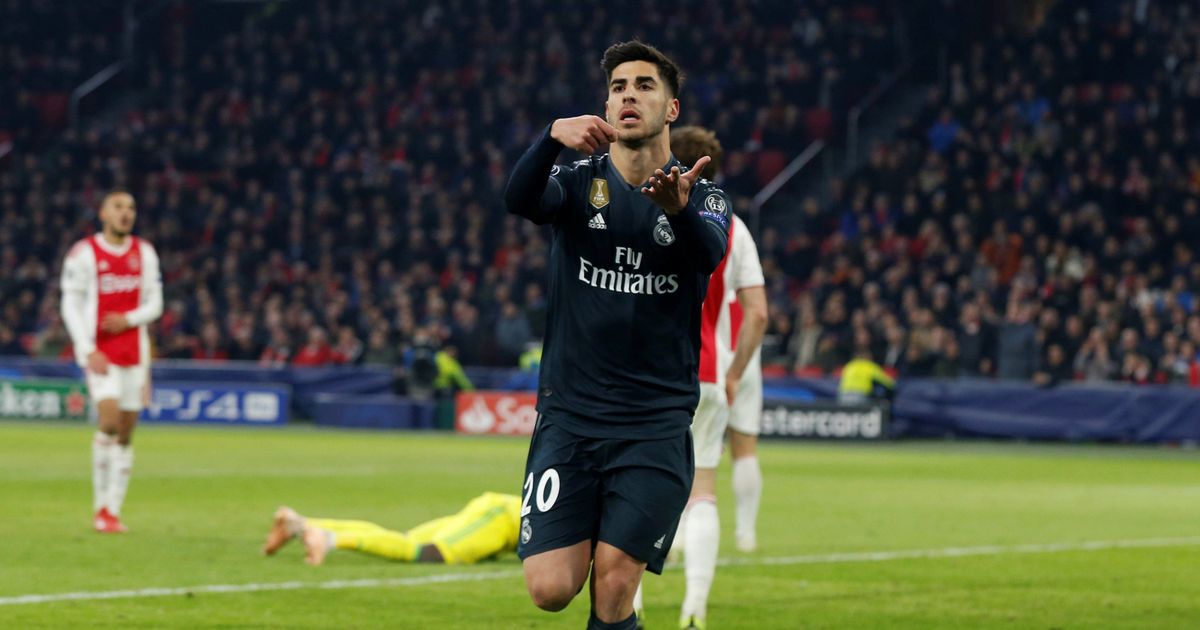 Ajax played well and had a Nicolas Tagliafico goal ruled out by the first Champions League video assistant referee consultation.

Holders Real took the lead when Karim Benzema blasted into the top corner after fine work by Vinicius Jr.

The Dutch side had the game’s best chances, with Dusan Tadic hitting the post in the first half and David Neres, who set up Ziyech’s goal, shooting straight at Thibaut Courtois in a one-on-one chance.

Substitute Kasper Dolberg missed a big chance in injury time as he slipped while shooting in the box, with Courtois able to get a hand to it.

The video assistant referee system has been brought into the Champions League for this season’s knockout phases – and it got its first major usage at the Johan Cruyff Arena.

But after a consultation with the video assistant referee team, referee Damir Skomina went across to watch the incident again on his screen and disallowed the goal.

The official had decided Ajax forward Tadic was marginally offside and interfering with play – standing in front of Courtois at the exact moment Tagliafico got his header in. It was the correct decision technically, however without VAR the goal would have stood.

On the balance of play, Ajax had more than deserved Ziyech’s equaliser, which came with his 30th shot of the season – more than any other player in the Champions League.

They failed to make the most of their 19 shots and now face a real task on Tuesday, 5 March at the Bernabeu.

This was Ajax’s first Champions League knockout game in 13 years and with star midfielder Frenkie de Jong already agreeing to join Barcelona this summer, and teenage captain De Ligt among other star players expected to leave, they could have to wait a while before getting to this stage again unless they can overturn their deficit in Madrid.

Real find a way to get the job done again

Real Madrid have had a real aura of invincibility in the tournament, winning the past three finals in a row, all under Zinedine Zidane. No team had managed to defend the Champions League successfully until then.

Zidane has gone, his replacement Julen Lopetegui has been sacked and Santiago Solari is the man in charge now – but they still manage to win in Europe without performing well.

After riding their luck, they got the breakthrough when 18-year-old Vinicius Jr, the youngest player to make a Champions League knockout phase appearance for Real, controlled a long ball on the left wing, cut inside two defenders and squared it for Benzema to blast home.

Following Ziyech’s equaliser, substitute Asensio stole away from his marker at the back post to turn home Carvajal’s sumptuous cross into an empty net for a smash-and-grab win.

Captain Sergio Ramos, making his 600th Real appearance, picked up a late yellow card for fouling Dolberg, which means he will miss the second leg – but he will be back for the quarter-finals if Real are there.