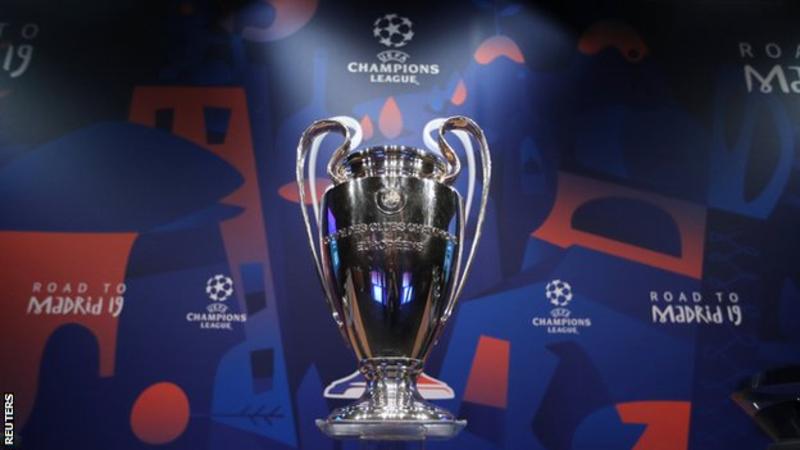 It’s back. The Champions League returns after a two-month absence, with 16 teams still left standing.

All four English sides – Manchester United, Tottenham, Liverpool and Manchester City – made it through their respective groups.

But when do they play and how much do you know about the teams they will be facing for a place in the quarter-finals?

How they qualified: United finished second in Group H behind Italian champions Juventus, winning three of their six matches, all under the guidance of former manager Jose Mourinho. Now managed by former striker Ole Gunnar Solskjaer, the Red Devils are unbeaten in 11 games.

PSG’s Champions League record: PSG reached the semi-finals of the Champions League in 1994-95, but since then have never made it past the quarter-final phase. They went out in the last eight four years in a row from 2013 to 2016, but have been eliminated in the last 16 in both of the past two seasons.

PSG’s star players: Brazil forward Neymar will miss both games because of a broken metatarsal, with PSG’s all-time top scorer Edinson Cavani a doubt with a thigh injury. They should still be able to call on France World Cup winner Mbappe.

European football expert Julien Laurens: “It’s a far more balanced tie than when the draw was made in December. It’s more 50-50 than United being favourites – especially with the second leg in Paris.”

How they qualified: Faced with a tough group, Spurs came through in second place, thanks to a superb run of results in the second half of the campaign. With just one point after three games, Mauricio Pochettino’s side defeated PSV and Inter Milan at home before claiming a gutsy point at group winners Barcelona to edge out the Italian side.

Bundesliga leaders Dortmund finished top of Group A courtesy of a better head-to-head record against Atletico Madrid after both teams finished on 13 points. Dortmund won the home game 4-0, and lost 2-0 in the return match in Spain – the only two goals they conceded in the group phase. Atletico would have topped the group if they had won their final group match, but could only draw 0-0 at Belgian side Brugge.

Dortmund’s boss: Former Switzerland midfielder Lucien Favre signed a two-year contract at Dortmund when he became the club’s boss last summer. His sides are attack-minded and after 21 Bundesliga matches had scored 54 goals – more than any other team in the German top division. The game at Wembley will be the first time Favre, who has also been in charge of Zurich, Hertha Berlin, Borussia Monchengladbach and Nice, will have managed a side in a Champions League knockout game.

Dortmund’s Champions League record: Dortmund won the Champions League in 1996-97 when they beat Juventus 3-1 in the final in Munich. Since then, the closest they have come was in 2012-13 when their side, managed by Jurgen Klopp, lost 2-1 to Bayern Munich in the Wembley final. Dortmund have not reached the semi-finals since then and went out in the group phase last season.

European football expert Julien Laurens: “No Harry Kane, no Dele Alli but Spurs seem to be ok without Kane because Son Heung-min is in the form of his life. It’s going to be fascinating.

“A lot of people see Borussia Dortmund as favourites. They’ve been so good in the Bundesliga this season and have such an exciting style of play. The two games are going to be incredible.”

How they qualified: The Reds started their campaign with an encouraging 3-2 win over PSG, but ended it scraping through in second place thanks to a 1-0 victory in a straight shoot-out for second place with Italian side Napoli. With three wins and three losses, it represented a frustratingly inconsistent but ultimately satisfactory effort from last season’s beaten finalists.

Bayern’s boss: Former Bayern midfielder Niko Kovac became the club’s manager in the summer, winning 5-0 against Eintracht Frankfurt to clinch the German Super Cup in his first game in charge. Kovac, who managed Croatia at the 2014 World Cup when they went out in the group phase, has also managed Red Bull Salzburg and Eintracht Frankfurt.

Bayern’s star players: Robert Lewandowski is the top goalscorer in the 2018-19 Champions League with eight goals, with their squad also including goalkeeper Manuel Neuer and Colombia midfielder James Rodriguez, the Golden Boot winner at the 2014 World Cup. Forward Thomas Muller will miss both games against the Reds as he is suspended following a red card in their final group match.

How they qualified: It started terribly for City courtesy of a 2-1 home loss to French side Lyon, but four wins and a draw (including a 6-0 demolition of Shakhtar Donetsk) from the remainder of their Group F matches saw Pep Guardiola’s side comfortably into the last 16.

Schalke only scored six goals in their six Group D matches, but still managed to finish second behind leaders Porto and above Galatasaray and Lokomotiv Moscow. Their two 1-0 wins over Lokomotiv both came with winning goals scored in the last two minutes of the match.

Schalke’s boss: Italian-born Domenico Tedesco is only 33 and has been in charge of Schalke since 2017, finishing second in the Bundesliga, behind champions Bayern Munich, in his first season at the club.