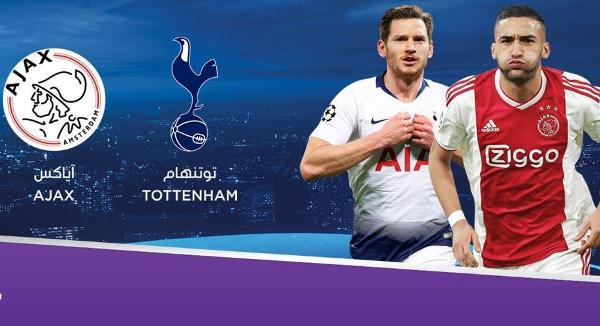 Tottenham are three games away from Champions League glory as the welcome Ajax for the first leg of their semi-final tie on Tuesday night.

Following the quarter-final draw – which pitted Tottenham against Manchester City and Ajax against Juventus – few would have predicted that these two sides would reach the last four of the competition.

However, Spurs knocked out City on away goals in a nail-biting tie, while Dutch giants Ajax shocked Juve with their effervescent brand of fluid football to deservedly reach the semi-finals.

With Liverpool and Barcelona facing off in the other semi-final, there will be at least one unlikely finalist this year – and both Mauricio Pochettino and Erik ten Hag will be confident of leading their teams to Madrid.

Despite Tottenham’s quarter-final success, a limp 1-0 defeat to West Ham on Saturday – the first at their new home – means Spurs must raise their game against an Ajax side who have had a week off after the Dutch FA postponed the league’s entire fixture list to help the Eredivisie leaders.

Pochettino’s attacking options are limited for the first leg: with Harry Kane already out injured, Heung-min Son’s booking at Man City means he is suspended for Tuesday’s game.

Son’s absence means Lucas Moura will almost certainly start, while Fernando Llorente – much maligned for most of his Spurs career, but the hero against Man City – could also be deployed up front.

Moussa Sissoko is hopeful of featuring after training with the squad on Monday but Harry Winks has undergone groin surgery to further limit Pochettino’s midfield options. That could see Danny Rose again deployed in the centre. Erik Lamela and Serge Aurier (thigh) are also out.

Ajax would have seemed like a dream semi-final draw for any side before the knockout stages began, but the Dutch side have knocked out holders Real Madrid and Italian giants Juventus en route to the last four.

With Ajax beating those two European heavyweights with second-leg wins away from home, Tottenham will be right up against it in north London – especially with Son and Kane missing.

If Spurs’ defence can nullify Ajax the same way they did with Borussia Dortmund, Pochettino’s side could well take a positive result to Amsterdam. However, the real battle will be in midfield with Matthis De Ligt and Frenkie De Jong stepping up, while Dusan Tadic will have to be watched carefully.